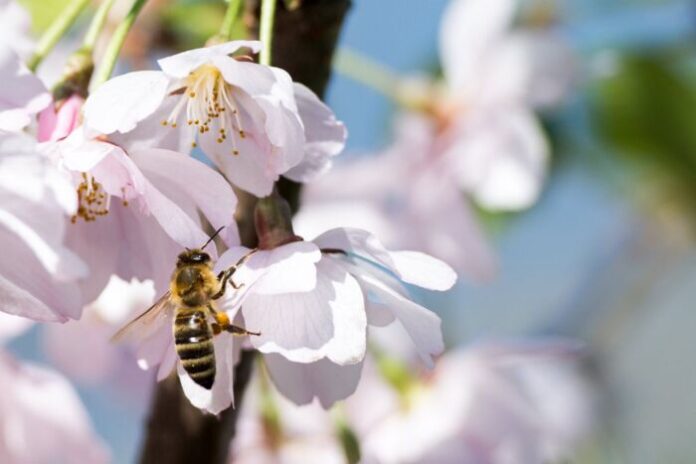 The massive use of insecticides and pesticides have negative impacts on the reproductive, cognitive and memorization capabilities of bees, which also struggle to find nourishment due to the impoverishment of natural habitats due to intensive farming practices and climate change.

The latter are having a negative impact on the health of bees: according to Coldiretti in Italy there are 50 billion bees and 1.5 million hives that continue to be affected by climate variations, so much so that this year following a particularly mild winter – 1.65 degrees above average – they started working early, in February, risking being surprised by a frost.

This critical situation was also detected by the 3Bee agritech startup, which in the first two weeks of August, the 3Bee team made a journey along “the boot”, to give a voice to some of the Italian beekeepers who have installed intelligent monitoring systems and diagnostics designed by the two founders of the startup, Niccolò Calandri and Riccardo Balzaretti.

The team visited 16 beekeeping companies in 13 regions of Italy, returning with an unfortunately difficult picture of the situation of beekeepers and bees in Italy, but also with clear ideas on how to reverse the trend.

“The local beekeeping realities are suffering. From north to south, the cry of alarm is unanimous due to climate change and the massive use of pesticides in agriculture: flowers have less nectar and therefore bees, which do not have enough nourishment, are dying more and more. This also means serious damage to the health of the environment since these pollinating insects maintain environmental biodiversity and are responsible for 80% of the food on our tables “says Niccolò Calandri, CEO of 3Bee, who personally met the beekeepers and collected their testimonies.

Alongside the theme of bee health, there is also the equally problematic issue of the beekeeper’s profession today, which is also affected by climate change and enjoys few legislative guarantees.

According to data from the FAI (Federation of Italian Beekeepers) – which recently intervened in the Senate together with UNAAPI (National Union of Italian beekeepers associations) to denounce the condition of Italian beekeepers and promote their relaunch in Italy, there are 56,665 owners of hives, with 1,835. 776 colonies (1,579,776 hives and 256,000 swarms, 2 million queen bees and 80 billion worker bees) and with an ecosystem value of 150 billion euros, our country is the fifth for honey production according to the European Commission.

“From the testimonies collected by the various beekeepers we met, it emerged that this year 30% to 90% less honey was produced than in 2019, which had already been a particularly critical year: the beekeepers, moreover, while carrying out an activity of national interest for the maintenance of biodiversity, they have few guarantees to protect their work and, moreover, they are strongly threatened by the competition of imported honey “.

Of course, technology can help: “By processing useful data such as changes in weight, temperature, humidity and sounds inside the hive, our systems allow the beekeeper to intervene promptly, only when necessary on the basis of what is really happening. in the hive: work is optimized, chemical treatments are reduced to a minimum and bees are given the best nourishment, with benefits for their health “.

And the promotion of Italian artisan honey, produced by local beekeeping companies, is one of the actions that can help give breath to this suffering activity. “In Italy there are over 50 varieties of single-flower honey and thousands of multi-floral honey, very diversified region by region, each with its own unique characteristics dictated by the climate and geographic conformation: from mountain rhododendron to Sicilian orange, from sunflower to the rare cherry. In Abruzzo, one of the most prolific regions, there are very rare types such as witchcraft and savory honey ”.

3Bee has also created adoption programs aimed at companies and individuals with which everyone can make their own contribution to the repopulation of hives. Other good practices within everyone’s reach are the creation of a garden or a welcoming balcony for bees, preferring the species of flowers and plants richest in nutrition for these insects, or supporting virtuous projects such as the creation of “corridors for bees” especially in places where concrete is king: large green spaces with vegetation that can also represent an oasis for bees, in the city or along the motorway sections.

How to protect the skin from the first spring sun