Microplastics are plastic fragments with a diameter of less than 5 mm, nanoplastics are even smaller, with diameters less than 0.050 mm. Although there is no scientific evidence of the consequences on human health, research on wild animals and laboratory animal models has linked exposure to micro and nanoplasty to infertility, inflammation and cancer.

Previous studies have shown that plastic can pass through the human gastrointestinal tract, but Rolsky and Varun Kelkar, another author of the new research and also from Arizona State University, are investigating whether these tiny particles accumulate in human organs and how to detect them. The research made use of samples of brain and body tissues provided by the ASU-Banner Neurodegenerative Disease Research Center, which studies neurodegenerative diseases, such as Alzheimer’s.

Samples were taken from the lungs, liver, adipose tissue, spleen and kidneys – organs susceptible to being exposed to plastic and microplastic monomers and filtered or collected. To develop a method and test it, the team added nano / microplastic beads to this sample set. Then, they analyzed the sample with flow cytometry and the researchers showed that they could detect the beads they had introduced into the samples. They then used software that converts information about the plastic particle count into units of mass and surface area.

“This shared resource will help build a database on plastic exposure so that exposures in organs and groups of people can be compared over time and geographic space,” says Halden.

Next, the researchers used mass spectrometry to analyze 47 human liver and adipose tissue samples. No material was added to these samples, but the team still found plastic contamination in the form of monomers, or plastic fragments, in each sample. Bisphenol A (BPA), still used in many food containers despite causing health problems, was found in all 47 human samples.

As far as the researchers know, their study is the first to examine the presence of monomers, nano and microplastics in the human organs of individuals with a known history of environmental exposure. Halden notes that “Tissue donors provided detailed information on their lifestyle, diet and occupational exposures. Because these donors have such well-defined histories, our study provides the first clues about the potential sources and routes of exposure of micro and nanoplastics ”.

Should we therefore be concerned about our health? “We never want to be alarmist – concludes Kelkar – but it is worrying that these non-biodegradable materials that are present everywhere can penetrate and accumulate in human tissues, and we do not know their possible effects on health. Once we have a better idea of ​​what is in the tissues, we can conduct epidemiological studies to evaluate the results on human health. In this way, we can begin to understand the potential health risks”. 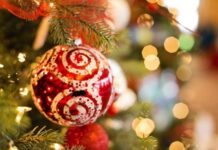 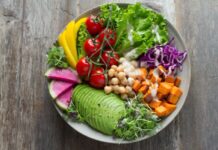 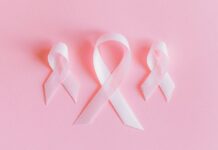 Stop microplastics in cosmetics: the ingredients to avoid

Re-Think, in Genoa the importance of the sea for the circular economy