Microplastics are everywhere, in the oceans, in the soil, on the Arctic glaciers and even in the rain. Now a research team from the Chinese Academy of Sciences (CAS) has discovered that microplastics are also invading agricultural crops.

The study, published in Nature Sustainability, found that both particles smaller than 50 nanometers and those larger than about 40 times can penetrate the roots of plants, which absorb them right through the soil and water. Until now, scientists believed that these microplastics were too large to pass through the physical barriers of plant tissue so the presence of such particles within cultivated plants had not been investigated.

Research conducted by Luo Yongming, a professor at the Yantai Institute of Coastal Zone Research (YIC), and the CAS’s Nanjing Institute of Soil Science, has shown the opposite. The study started from a fact: the wastewater and sewage sludge used for agricultural irrigation contain large quantities of polystyrene and polymethylmethacrylate particles of submicrometric and micrometric dimensions.

By analyzing spherical particles with dimensions that reach 2 micrometers, scientists have discovered that it is “higher transpiration rates that improve the absorption of plastic particles” by plants.

As Yongming explains, “the small cracks in the emerging roots of lettuce (Lactuca sativa) and wheat (Triticum aestivum) can absorb microplastics both from the soil and from the water. […] The particles pass through those cracks and enter the xylem vessels […] can therefore be transferred from the roots to the edible parts of the crop “.

But there is more. “It is also possible – says Li Lianzhen, lead author of the study – that larger particles than those we have studied could be absorbed by plants”.

If so, it would mean that microplastics are able to contaminate the entire food chain, penetrating into vegetables and ending up in other everyday foods such as meat and dairy products. The research, far from giving answers, instead raises an important question, questioning the actual sustainability of agriculture, especially of those crops grown with irrigation from waste water or sewage sludge, processes that could help introduce microplastics in plant cells.

At the same time, it underlines the need to continue studying a phenomenon, that of microplastics, which is increasingly widespread but still little known and to drastically reduce the consumption of disposable plastic, which is truly responsible together with the incivility of some people for the growth of plastic pollution. 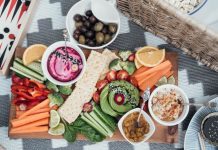 Animal testing for alcohol, tobacco and drugs: the ban postponed for another year