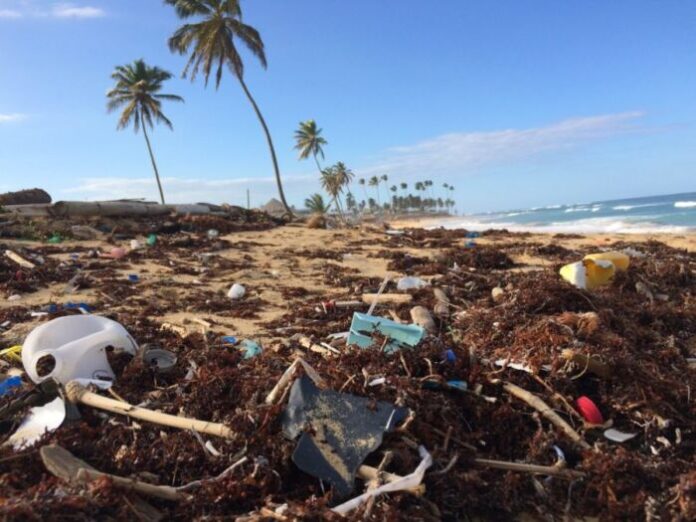 Illegal concrete flows and coastal soil consumption that erase dunes and swallow up meters of sand, bad – and in many cases absent – water purification, uncontrolled poaching. The enemies of the sea and of the Italian coasts always have the same inadequate names and regulations to cling to, as the numbers and stories of Mare Monstrum 2020 tell: 23,623 the crimes contested in 2019, with an increase of 15.6% compared to 2018 .

This is what emerges from the dossier prepared by the National Environment and Legality Observatory of Legambiente which sees more than half of the disputed infringements (52.3%) concentrate between Campania, Puglia, Sicily and Calabria. On the other hand, 6,486 seizures were carried out (with an increase of 11.2%), for an economic value that amounts to about 520 million euros.

The photograph returned by Mare Monstrum is the measure of an attack on the marine ecosystem that does not grant derogations from commitments on the environmental front. At the head of the crimes in the coastal regions, those related to the cement cycle (42.5% of the total), a sector in which Campania leads the ranking, followed by Puglia, Lazio, Calabria and Sicily. From the Amalfi Coast to the Scala dei Turchi, from Salento to the Calabrian coast with Isola di Capo Rizzuto, to the smaller islands such as Lampedusa, Capri, the Aeolian Islands, the pearls of the Mare Nostrum are constantly prey to the appetites of the squatters, who do not spare hydrogeologically fragile places like Ischia; while in Sicily echoes a new attempt of amnesty against which Legambiente is fighting.

Second item with the greatest weight in the dossier, the polluted sea, related to the chronic problem of purification: according to Istat, just over 44% of Italian Municipalities are equipped with purification plants that are adequate to EU standards. Indeed, in 342 municipalities the urban wastewater treatment service is completely absent: the most critical in Sicily, Calabria and Campania. Overall, pollution from bad purification, sewage and hydrocarbons discharges recorded 7,813 infringements in 2019, 33.1% of the illegalities ascertained against the sea.

Then there is the illegal fishing chapter which represents 22% of the infringements found, with 555 thousand kilos of fish, 69 thousand meters of killer nets and over 7,500 seized fishing gear: Sicily in the lead, followed by Campania, Puglia, Liguria, Sardinia.

Eyes focused on the issue of free beaches, which is of great relevance again, and on the coastal erosion emergency, which has undergone a significant acceleration in recent years. Legambiente will tell, through an ad hoc site on the transformation of coastal landscapes, how erosion is changing their physiognomy and how building, climatic and erosive processes put Italian coasts at risk. Climate change will continue to be the focus of Legambiente’s attention, with the Change Climate Change campaign: actions will be taken against fossil fuels, drilling in particular, and in favor of renewables, primarily offshore wind.

“The data from Mare Monstrum and Golette last year speak to us of waters in the grip of old and new threats. From the marine litter, to which the dispersion of protective devices is added, to illegal discharges and unauthorized use. For this reason, we are ready to start again with Goletta Verde and Goletta dei Laghi in a new formula for capillarity and diffusion”, explains Giorgio Zampetti, general manager of Legambiente

On the field, in 2020, an extraordinary citizen science operation, with hundreds of volunteers directly involved in water sampling and in the census of waste along the coasts. “It is up to us citizens and institutions to take care of the aquatic ecosystem. Certainly more controls and better tools are needed to monitor the territories; an acceleration in the fight against illegal building that only a more incisive reform of the law can guarantee; a profound regulatory change in the fishing sector, with more effective penalties for those who plunder the sea. As for bad purification, it is the real unfinished work of our country, for which we have already been condemned by the EU to pay 25 million euros, to which are added 30 every semester of delay in bringing it up to standard. Resources that we could allocate to adapt the plants, while we are here to tell about defaults and irresponsibility. Fortunately, the Schooners also speak to us of virtuous administrators and good practices, confirming that attention to the environment is the key to restarting.”

“Preserving the integrity of aquatic ecosystems is a central objective for Conou, which has been committed for 36 years to avoiding a dangerous waste such as used lubricating oil from damaging our seas and lakes – declares Paolo Tomasi, president of Conou – Just think that, since the beginning of its activity, the Consortium has saved an area twice the size of the Mediterranean Sea from pollution”.

A decade of renewable energy investment