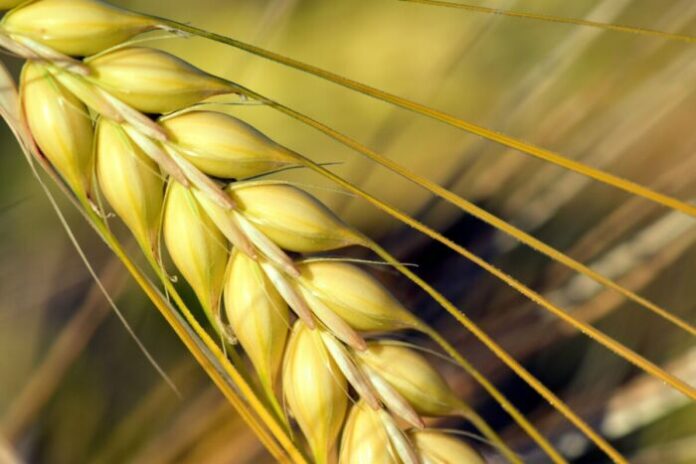 Regenerate agricultural soils at risk of desertification through an innovative bio-treatment that combines scientific research, circular economy and low production costs. This is the goal of POREM, a project worth almost 1.5 million euros of the European LIFE program, which sees the participation for Italy of ENEA, Gruppo Soldano srl of Limbadi (Vibo Valentia) and ASTRA Development and Innovation of Faenza ( Ravenna) in the role of coordinator.

The research group, which also includes partners from Spain and the Czech Republic, has developed a new bioactivator that uses manure – the main by-product of poultry farming – and a natural enzymatic preparation as raw materials.

“Manure is rich in nutrients and represents a continuous, low-cost source of organic matter and nutrients for soil regeneration. While the enzymatic preparation derives from a mixture of plants, such as grasses and apiaceae, and constitutes the main element because it changes the manure into a bioactivator and determines its properties “, explains Alessandra Strafella of the ENEA laboratory of Materials Technologies in Faenza.

“45% of European soils are at risk of desertification – continues the ENEA researcher – and focusing on new fertilizers is no longer enough. With POREM we have devised a new technique that is able to regenerate the soil, improve productivity and biodiversity and, above all, reduce water needs by increasing soil water retention by 25-35%. At the base of this result, there is a preparation of enzymes that is able to nourish the great variety of microorganisms that populate and make the soil fertile “.

Concretely, the POREM biotreatment is able to fix in the soil the carbon (+ 40%), which represents the organic substance that increases the fertility of the soil and improves its structure by reducing erosion phenomena and preserving its ability to regulate flows. surface and deep water. It also leads to an increase in plant nutrients, such as phosphorus (+ 20%) and nitrogen (+ 40%), which are retained in the soil and released slowly.

But there is more. The production of the bioactivator has a low environmental impact because it reduces greenhouse gas emissions and reduces the ammonia content (-80%), responsible for the bad smell, compared to untreated manure. In Europe, poultry farming represents the fourth source of ammonia emissions and now, thanks to the POREM project, it is possible to convert waste from the poultry industry into a new functional product for maintaining fertility and soil functionality.

So far in our country (specifically in Calabria and Puglia), about 3 tons of bioactıvator have been produced; in this first phase, ENEA monitored the emissions of CO2, ammonia, methane and hydrogen sulphide, through the use of sensors placed inside and on the surface of the heaps, and with the analysis of the chemical-physical characteristics of the bioactivator to evaluate evolution, thermal stability and decomposition.

The first field tests were conducted by ASTRA on tomato-growing fields in Cesena and barley in the province of Foggia. In both cases, the preliminary results have proved promising. In the Cesena company, the production of industrial tomatoes obtained with the use of POREM were comparable from a quantitative point of view to those obtained with synthetic fertilizers and much higher than those of the untreated sample; from a qualitative point of view, the tomatoes have reached much higher sugar content values, resulting in an improvement of the product and therefore of its commercial value. These results were achieved with a lower quantity of nitrogen (-69%) per hectare than that used with a mineral fertilization recommended by the integrated production regulations. During 2020, on the same plots of land, the test will be repeated, but this time on cabbage crops.

In the company in the province of Foggia, the researchers found, from the very beginning of the experimentation with POREM, a greater vigor of the crops, a sort of “starter effect” that the bioactivator could have with much more evident effects in degraded soils. In the harvesting phase, the lots where POREM was used were significantly more productive than those treated with BIOAZOTO N12 (an organic fertilizer) and not treated. Currently the project is in the quantitative and qualitative analysis phase of tomato and barley crops treated with the POREM bioactivator.

“The next step, once the field trials have been completed, will be to verify the improvement in the quality of the soils. Soon, this will be possible thanks to the use of computerized sensors, already in use in precision agriculture, which will be able to detect the deficiencies of the soil and therefore indicate when and how to use the POREM bioactivator “, concludes Strafella.

ENEA and Shell Energy together for the hydrogen supply chain

Coronavirus, some ecotips to reduce water and energy consumption